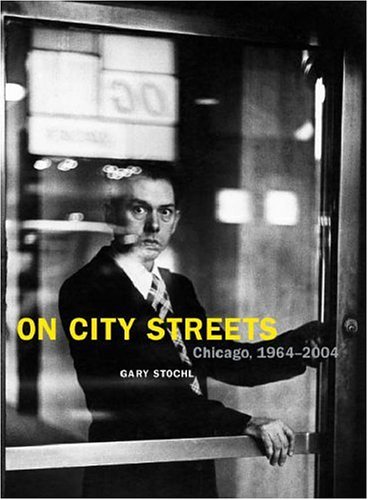 'Great photographers can change the world, and although Chicago may not be a better place for having had photographer Gary Stochl prowl its streets with Leica in hand for more than four decades, it is certainly more interesting. Through his eyes it becomes a chillingly beautiful city.'
-Rick Kogan, Chicago Tribune

In the great tradition of photographers working in Chicago, Gary Stochl presents an intensely personal vision of everyday life on the streets of downtown Chicago since 1964. And, like all great art, Stochl's images leave the viewer with an altered sense of the world.

Yet, until 2003, Stochl never showed his photographs to anyone, and this significant body of work remained unknown to the public. Self-taught and working in isolation, without the usual support a photographer is afforded by being a part of a larger artistic community, Stochl studied carefully the work of other classic street photographers, in particular Henri Cartier-Bresson and Robert Frank, and through them learned how to see . He also took to the streets, and his photographs reveal an amazingly frank perspective of people who seem to struggle with the difficulty and loneliness of contemporary urban life.

On City Streets offers, with unnerving directness and consistency, that rare artistic combination of visual sophistication and stunning emotional resonance. With this book, Stochl joins the ranks of Chicago's great photographers, and his photographic legacy beyond the city is sure to follow.
ISBN: 1930066376
Publisher: Center for American Places
Paperback : 80 pages
Language: English
Dimensions: 6.2 x 8.7 x 0.3 inches