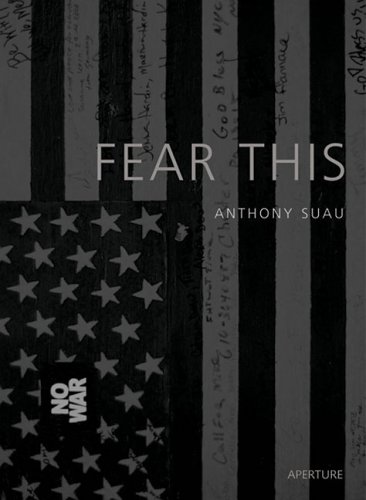 Fear This
by Anthony Suau
Publisher's Description
Fear This: A Nation at War is Anthony Suau’s first-hand documentation of the United States throughout the buildup to the war in Iraq and major Allied military operations, ending with the capture of Saddam Hussein and the erupting Iraqi insurgency. Suau has dedicated his career to documenting the effects of international events on the individual lives of people around the world. In Fear This, he lays bare a country divided, a nation confused as it tries to navigate through news hype, anxiety, facts, and fiction––while raising important questions regarding how public consent is generated and the role an omnipresent media plays in our culture.

Anthony Suau was born in the United States in 1956, and is now based in Europe. In 1984, Suau won a Pulitzer Prize for his images of the famine in Ethiopia and is the 1996 recipient of the Robert Capa Gold Medal for his coverage of the war in Chechnya.
ISBN: 1931788537
Publisher: Aperture
Paperback : 184 pages
Language: English