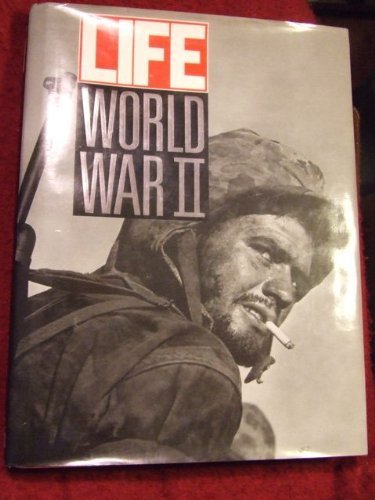 Life: World War II
by Philip B. Kunhardt
Publisher's Description
This volume in its oversize format commemorates the fiftieth anniversary of the war's outbreak with dozens of maps and chronologies, as well as over a thousand photographs. Organized year by year, flashing from battlefield to battlefield and back to the home front, this book provides an eagle-eye's view of the century's most complex and sprawling event. Life:World War II contains many of the world's greatest photographs, illuminated by an insightful text, captions and annual summaries of the war's progress. Some of the pictures--by such renowned photographers as Robert Capa, Eugene Smith, Margaret Bourke-White and Carl Mydans--are familiar classics. Others have never before been published. This is an important and fascinating documentation of the causes, actions and effects of the Second World War.
ISBN: 0316506044
Publisher: Little, Brown & Company
Hardcover : 440 pages
Language: English