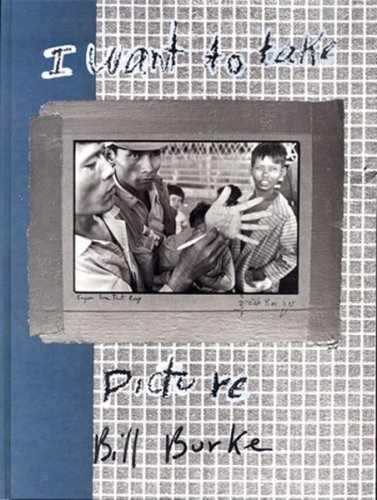 I Want To Take Picture
by Jack Woody
Publisher's Description
A reprint of Bill Burke's seminal book of the same title first published by Nexus Press in 1987, I Want to Take Picture features black-and-white images which Burke shot during several trips through Southeast Asia in the early 80s, particularly focusing on the after-affects of the Khmer Rouge regime in Cambodia.

'In 1982, years after Viet Nam, I decided to give myself my own Southeast Asia experience. I wanted to make pictures in a place where I didn't know the rules, where I'd be off balance. Friends who had been there recommended Thailand; nice people, easy transportation, good food. Another friend told me that as long as I was going to Thailand I should go see the refugees coming out of Cambodia. He set me up with The International Rescue Committee, which was working at the Thai-Cambodian border.' -Bill Burke, from I Want to Take Picture