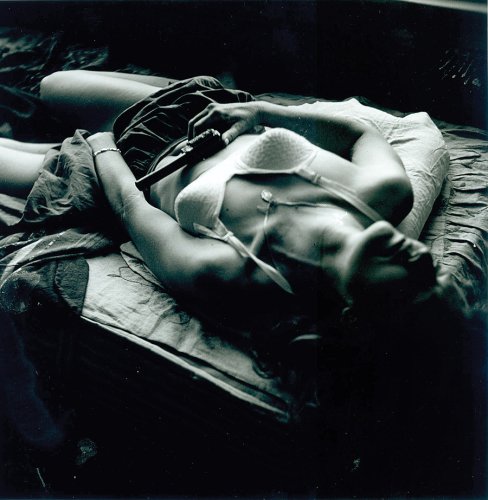 Wallace Berman: Photographs
by Kristine McKenna
Publisher's Description
The quintessential visual artist of the Beat generation, Wallace Berman's influence has continued to radiate throughout the American art scene and in our popular culture since the 1950s. As an artist, Berman worked in relative obscurity up until his premature death, at the age of 50, in 1976. Since then, however, interest in his work, and recognition of its importance, have steadily increased. The subject of the recent-and highly lauded-traveling exhibition and accompanying catalogue, Semina Culture: Wallace Berman & His Circle, he was the central and binding figure in a diverse community of artists, poets, actors and musicians, and was revered for his wisdom as well as his achievements as an artist, publisher and filmmaker. However, until the 1999 discovery of an archive of his photographic negatives, very few people have known that Berman was also an extremely accomplished photographer. He documented the West Coast Beat culture of the 1950s, the first stirrings of the hippie culture that took root in the canyons of Southern California in the 60s and the diverse cast of characters who passed through his famously creative world with amazing intimacy and candor. Berman's photographs are gathered here for the first time ever.
ISBN: 1933045612
Publisher: RoseGallery, Los Angeles
Hardcover : 160 pages
Language: English
Dimensions: 8 x 9.7 x 0.8 inches