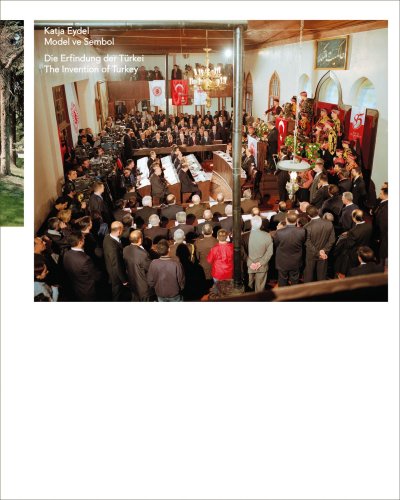 Model ve Sembol. The Invention of Turkey (English and German Edition)
by Katja Eydel
Publisher's Description
Modern Turkey, teetering on the brink of entry into the European Union for several years now, invented itself after World War I, trying to create a new national political identity through radical Westernization. Based on a photographic project by Katja Eydel, this extensively illustrated book documents the visionary and utopian framework underlying the formation of modern Turkey almost a century ago, and the much more complicated social reality of the current state. Several engrossing essays discuss the comprehensive integration of architecture and new media (such as photography), in an attempt to convince the Turks and the outside world of the dynamism of the newly created republic. A fascinating approach to political and social history.
ISBN: 193312816X
Publisher: Sternberg Press
Paperback : 184 pages
Language: English