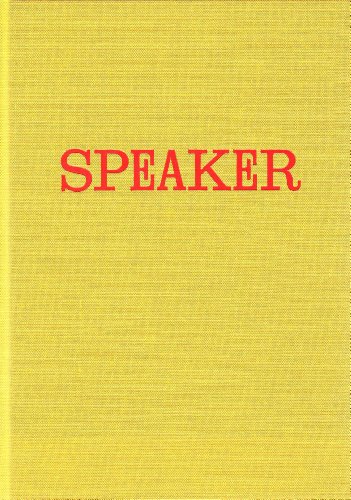 Moyra Davey: Speaker Receiver
by Moyra Davey
Publisher's Description
Moyra Davey’s practice encompasses photography, film, and video, as well as reading and writing. She conceives of the latter two activities as inseparable and equally significant techniques of working: her alert, incisive readings of philosophy and literature prompt new writing, which in turn reflects back on already existing texts, building, as it does, on fragments, memories and quotations. By suggesting an affinity, or even a reciprocal mode of influence, between the acts of reading and writing, Davey locates the point at which the desire for non-differentiated production-consumption makes the two usually opposed sides of the process of communication meet and cross; that is to say, in Davey’s work, writing is reading.

The monograph Speaker Receiver brings the diverse aspects of Davey’s work together. It features “Index Cards”, a new piece of writing by Davey, in which she reflects on subjects such as a recent illness, her personal mapping of Paris and her habit of reading newspapers. Rather than formulating a systematic argument, the essay unfolds in a series of short “takes” or fragments.

Photographs distributed in order of their appearance within the texts interrupt the various writers’ contributions. Furthermore, for Davey’s own essay, and for the interview, the artist chose to reproduce her photographic “Mailers”, a unique series and format of work that Davey likes to refer to simply as “mail art”.