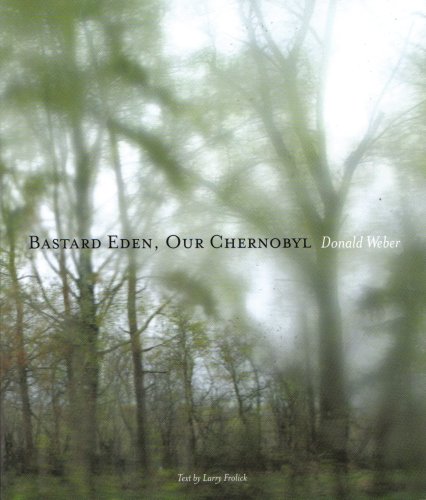 Bastard Eden Our Chernobyl
by Donald Weber
Publisher's Description
These photographs were taken over three years, in the region of Chernobyl, Ukraine – some 20 years after the nuclear reactor incident of April 26, 1986. That first morning, as the plume of radioactive debris fell across the land and into the rest of Europe, the authorities evacuated the city of Pripyat and created a 40-kilometer Exclusion Zone around it. The 50,000 residents had fifteen minutes to leave, and never returned. Today a ring of silent fire surrounds these pine woods and abandoned apartment buildings. People are not supposed to live here; wild boars, rabbits and deer thrive in the lush greenery. Even the steppe wolves have returned.

Don Weber began visiting this region, because he wanted to see what was there. He had little interest in theories of history, or root causes. His question was simple: What was daily life actually like, in a post-nuclear world?
ISBN: 1934334057
Publisher: Photolucida
Paperback : 60 pages
Language: English