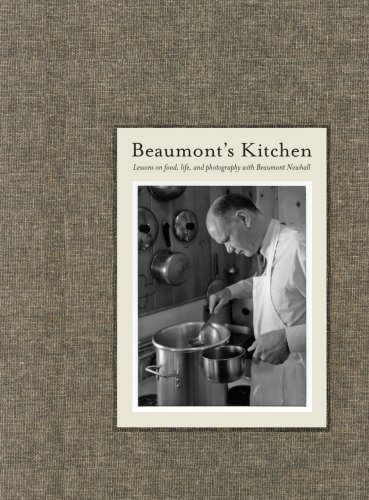 One evening in 1956 our friend Andrew Wolf burst into our house in Rochester with the startling news that he had bought a weekly suburban paper, The Brighton-Pittsford Post. He explained that he planned to report local news and publish columns on a variety of subjects, such as reviews of the theater, concerts, motion pictures and cooking.“You’ll be the food editor,” he told me! “What! I can’t do that!”“Why not? I know you can write because I like to read it. You can cook well, because I like to eat it.”—Beaumont Newhall, Focus: Memoirs of a Life in Photography, 1993.

ABOUT THE LIMITED EDITION:
The limited edition of Beaumont's Kitchen is limited to 30 copies, each of which comes with 1 signed and numbered photogravure. The print, titled Prints and Fruit, measures 14 x 17 inches (with an image area of 8 x 10 inches) and has been printed by master printer Jon Goodman.


ABOUT THE DELUXE EDITION:
The deluxe edition of Beaumont’s Kitchen is limited to 5 copies, each of which comes with an original gelatin silver print by Beaumont Newhall.