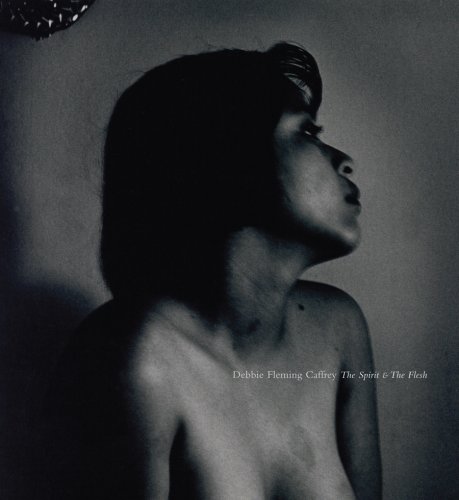 Debbie Fleming Caffery: The Spirit and the Flesh
by Debbie Fleming Caffery
Publisher's Description
Mexico is a misunderstood land steeped in paradoxes. The depth of culture and richness of family and landscape is lost under a cloak of poverty and modern economic distress, breeding misunderstandings and stereotypes that are rarely questioned.

For several years during the mid-1990s, Debbie Fleming Caffery spent time photographing in a small village in northeastern Mexico, living on the grounds of the local Catholic church, and using the tortilla shack as her studio. In Mexico, the church is the center of village life, and she became accustomed to the flow of life surrounding it, replete with celebrations of religious feasts and the mysteries and secrets of community life.

One day she stumbled upon a cantina near the church that served occasionally as a brothel. The environment of the smoke-filled tortilla hut and the unpredictable happenings at the cantina became a central focus of her work. Of this period she has said, “I felt incredibly comfortable in a culture rich in celebrations of religious feasts, with strong, independent, highly emotional people, much like the people I grew up with in southwest Louisiana. Symbols of heaven and hell were dominant, both in the church environment as well as the cantina. The brothel brought new elements into my work: secrets, sensual needs, desire, and often unexpected love.”

The Spirit and the Flesh balances the themes of grace and redemption, sin and forgiveness that Caffery encountered in Mexico and that held her in their sway. Her black-and-white photographs are themselves rich in contrast and unabashedly sensuous, deftly documenting the turbulent emotional landscape. Her wholehearted visual acuity suffuses the work, and represents an engagement with both the subject matter as well as a range of human emotion rarely seen in contemporary work.

Limited edition of 40. Includes 2 signed and numbered,silver gelatin prints on 11x14 paper and printed by Debbie Caffery. Plus a signed book in a clamshell box.