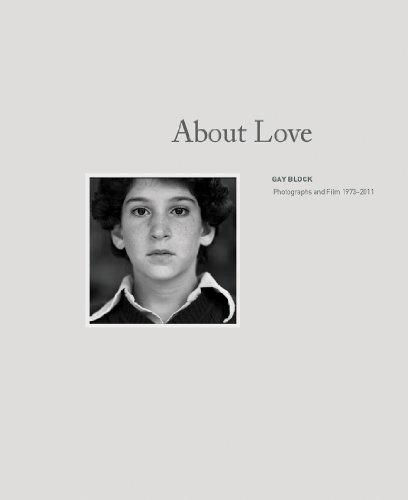 Gay Block: About Love: Photographs and Films 1973-2011
by Gay Block
Publisher's Description
Gay Block (born 1942) began photographing her own affluent Jewish community in Houston in 1973. She expanded this study to include Jewish senior citizens in south Miami Beach, focusing with affection on the “bubbies” or grandmothers that (she attests) she wished she herself had as a child. Later, Block’s landmark work, Rescuers: Portraits of Moral Courage in the Holocaust, made in collaboration with writer Malka Drucker, explored the lives of non-Jewish Europeans who risked their lives to hide Jews from the Nazis. This series was exhibited at The Museum of Modern Art in 1992, and has been exhibited internationally. In 2003, Block’s 30-year series of photo-, video and written portraits of her mother, Bertha Alyce: Mother exPosed, was published to great acclaim and was cited as one of “Twelve Great Books Published During the Year 2003” by The Review of Arts, Literature, Politics and the Humanities. Here, for the first time, About Love surveys more than 30 years of Block’s intimate and moving portraits. She explains the title thus: Through photography, I have learned about love. I hadn’t learned about it at home or in school… I couldn’t have learned about love without photography, and I’m still learning.” Organized chronologically, and published in an oversize format that is designed to evoke the idea of a family album, the book offers a thorough overview of the artist’s approach to portraiture.