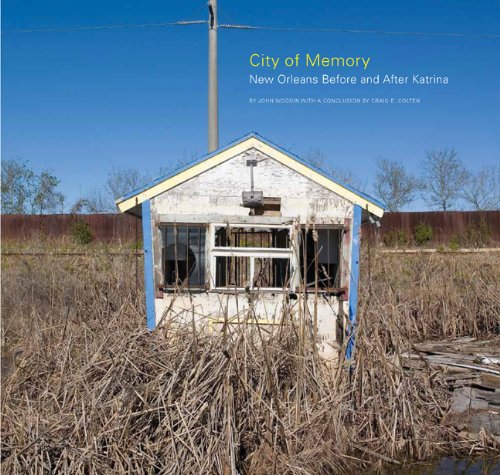 City of Memory: New Orleans, Before and After Katrina (Center Books on the American South)
by John Woodin
Publisher's Description
One year before Hurricane Katrina flooded his childhood home, photographer John Woodin returned to the city that shaped his life. Led by intuition and fading memories, Woodin wandered the neighborhoods of his youth and photographed the architecture of the working poor, documenting the conflict between order and chaos, the effects of poverty and neglect, and the incongruous beauty of decay. The day after the search for Katrina's victims was abandoned, Woodin returned to the same locations he had photographed the year before. Most of the visual landmarks he had relied on were altered or missing, and the neighborhood where he grew up was barely recognizable. Pairing photos of pre- and post-Hurricane Katrina New Orleans, Woodin creates a document of the changes resulting from that natural disaster.
ISBN: 1935195182
Publisher: University of Georgia Press
Hardcover : 96 pages
Language: English
Dimensions: 9.6 x 9.1 x 0.5 inches