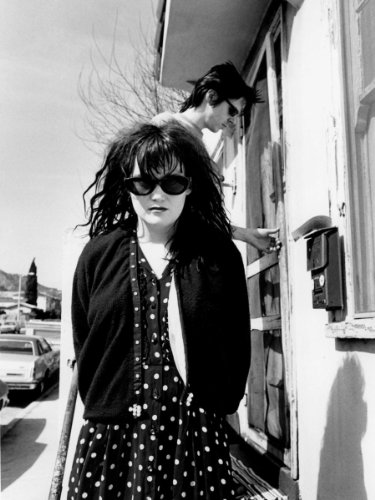 The Beautiful & The Damned: Punk Photographs by Ann Summa
by Kristine McKenna
Publisher's Description
When photographer Ann Summa arrived in Los Angeles in 1978, the city’s punk scene was still fresh, diverse, smart, utterly original—and fertile territory for a young photographer. The Beautiful & the Damned is a collection of her portraits of the musicians, artists and fans who made Los Angeles such a crucial part of the history of punk. Taken between 1978 and 1984, the images mostly revolve around L.A.’s first punk generation, and include portraits of the Germs, the Screamers, X, the Cramps and the Gun Club, among many others. From there, the book expands its scope to accommodate the cross-pollination that took place between L.A.’s punk scene and the fine art community, (at the time, the audience for avant-garde artists such as the Kipper Kids, JohannaWent and Laurie Anderson was primarily drawn from the underground music scene), and the two other cities—London and New York—that played a central role in the birthing of punk. Photographed during their first U.S. tours are U.K. groups the Clash, Magazine, the Fall, the Slits, BowWowWow and the Pretenders, among others. Visiting dignitaries from New York include Television, James Chance, Lydia Lunch and Talking Heads. Also included are portraits of artists who served as an inspiration to L.A. punks—Captain Beefheart, Iggy Pop and David Bowie, among others—plus candid shots of unidentified audience members. Edited and with an introduction by Kristine McKenna, The Beautiful & The Damned includes 95 previously unpublished images.
ISBN: 1932598251
Publisher: Foggy Notion Books/Smart Art Press
Hardcover : 112 pages
Language: English
Dimensions: 9.3 x 12.5 x 0.6 inches