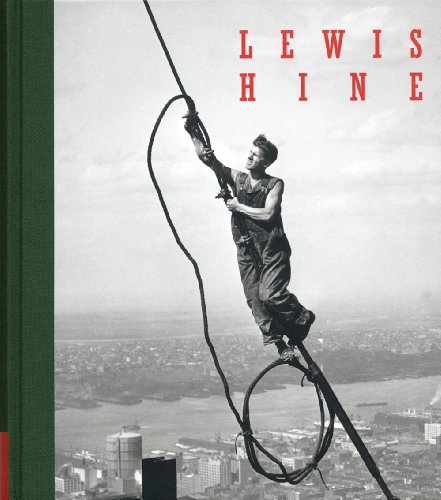 Lewis Hine
by Lewis Hine
Publisher's Description
In 1905, a young sociologist named Lewis Hine Wickes decided to pursue photography as the medium with which to denounce injustice and poverty. Hine was one of the first photographers to document the wave of mass immigration from an impoverished Europe to an economically booming America, and his portraits of immigrants at Ellis Island offered a more positive image of this influx. Later, while working with the National Child Labor Committee, Hine compiled a vast corpus of images that showed how American industry was making use of child labor, helping to bring about changes in U.S. child labor law. But as he wearied of photographing poverty, Hine developed an idealized vision of the worker that emphasized the dignity of labor-a vision that culminated in his legendary Men at Work series, first published in 1932 and today a classic American photobook. “We call this the Machine Age,” he wrote in its introduction, “But the more machines we use, the more do we need real men to make and direct them.” This beautifully produced volume, which includes a complete facsimile of Men at Work, is compiled from the collection of the George Eastman House, to whom Hine’s son bequeathed his archive after his death. It includes both well-known series and recently discovered early works, plus rare family photographs, ephemera and a detailed chronology. The works are arranged in thematic groupings: “Ellis Island,” “Tenements,” “Child Labor,” “Chicago and New York,” “Pittsburgh,” “Europe,” “Black America,” “Empire State Building” and “New Deal.”
ISBN: 1935202766
Publisher: D.A.P./Distributed Art Publishers, Inc.
Hardcover : 264 pages
Language: English
Dimensions: 9 x 10.2 x 1.3 inches