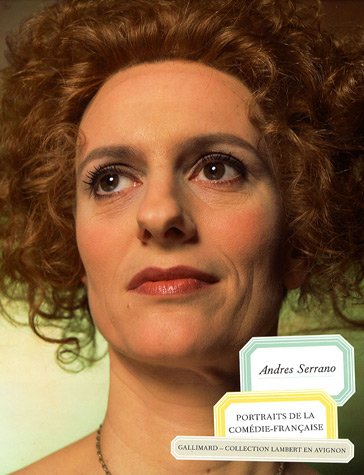 Portraits de la comÃ©die franÃ§aise (French Edition)
by Andres Serrano
Publisher's Description
This book is the encounter of two very different worlds: la Comedie-Francaise, the venerable French institution, and Andres Serrano, celebrated American photographer whose name has often been linked to scandal, notably for his photographs of Ku Klux Klan leaders or imgaes of morgues which inspired a beautiful text by Daniel Arasse.

If the house of Moliere is rich with portraits of his former actors, it no longer seems to inspire artists since the 1940s, with the Studio Harcourt as the last prestigious reference.

This is the reason for the Collection Lambert en Avignon, when organizing the large 2006 exposition on Figures de l'acteur and and upon the fall publication of their first monograph in France of Andres Serrano, wished to revive this lost tradition by photographing portraits of the the members of the Comedie-Francaise.

This series of 42 photographs is part of the artistic work that began after September 11, 2001 when Serrano undertook his celebrated series 'America,' a portrait of America today.
ISBN: 2070119041
Publisher: Galllimard
Paperback Language: French