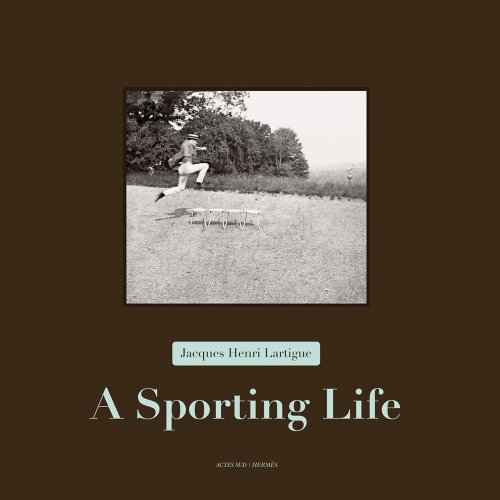 Jacques Henri Lartigue: A Sporting Life
by Jacques Henri Lartigue
Publisher's Description
Jacques Henri Lartigue was fascinated by the ascent of sport in the early twentieth century as a fashionable pastime for the middle classes, and was himself a keen sportsman. Lartigue’s entirely unposed photographs, presented album-style in this gorgeous, luxurious and delightful volume, capture both the joyous exuberance of amateur sports-racing, skiing, tennis, gymnastics, hang gliding-and the particular character of its popularity in the first half of the twentieth century. Lartigue is an absolute master at conveying the dynamism of the human body at play-the peculiar shapes it can contort into, and the gestures that can express anything from easy nonchalance to fierce focus. These photographs also serve as a historical catalogue of the paraphernalia and smart casual clothing associated with each sport. A Sporting Life is divided into five themed chapters: “The Sportsman,” “Taking the Air,” “Training,” “Women and Children” and “Sport as Spectacle.” Here, we witness how sports were transforming social relations, introducing new opportunities for expression, especially across gender lines. In an essay, historian Thierry Terret reveals the complexity of Lartigue’s technical approach to photography, and looks at the issues surrounding the rise of sport in its modern incarnation as a leisure pursuit and as commerce. In a preface, novelist Anne-Marie Garat (whose own narratives often feature the themes of photography and family) provides a personal perspective on Lartigue’s sports photography, also exploring the role played by sport in the development of photography itself. The book is copublished with Hermès, in celebration of its 2013 sports theme.
ISBN: 2330016115
Publisher: Actes Sud/Hermès
Hardcover : 272 pages
Language: English
Dimensions: 0 x 0 x 0 inches