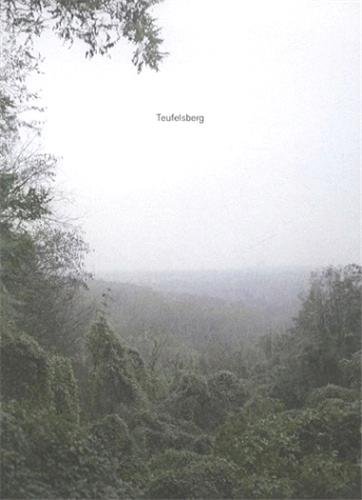 teufelsberg
by Jean-Yves Jouannais
Publisher's Description
Teufelsberg (mountain devil), is an artificial hill located southwest of Berlin, overlooking the city. Amusement park very popular with young Berliners, this hill was built after the Second World War with the remnants of the city after the Allied bombing. An estimated 30 million cubic meters of rubble piled mass there, the equivalent of 400,000 buildings. The hill rises on the site of the University of Nazi war which had been designed by the architect of the Third Reich, Albert Speer, and half done. As after the war, it was difficult to totally destroy the building riddled with underground bunkers, the German authorities decided to bury him and make him disappear under an artificial hill. The hill was then covered with trees, and used during the winter ski run in the 60s and 70s. During the Cold War, was built at the top center of U.S. espionage radar to listen to communications of the Soviet bloc in East Berlin.
ISBN: 2350461971
Publisher: FILIGRANES
Paperback Language: French