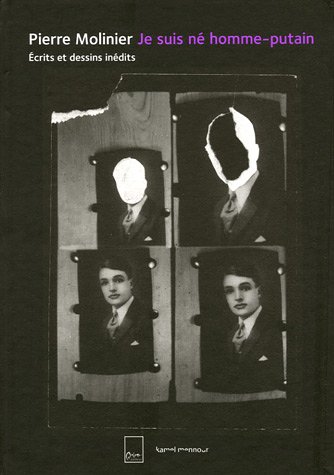 Je suis nÃ© homme-putain
by Pierre Molinier
Publisher's Description
The personal diaries of French artist Pierre Molinier - born in 1900 in Agee and a Bordeaux resident from 1922 until his suicide in 1976 - this volume includes drawings, photographs, and writings. Molinier's later photographic work, which he began in earnest at sixty years of age, was focused primarily on self-portraits of himself as a woman, often in highly fetishized poses. In French only.
ISBN: 2351190033
Paperback Language: French