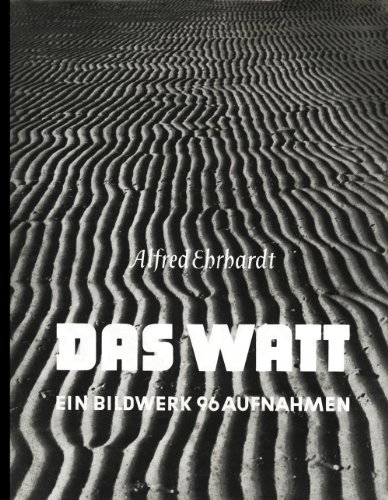 Alfred Ehrhardt: Das Watt
by Alfred Ehrhardt
Publisher's Description
Alfred Ehrhardt (1901–1984) taught at the Bauhaus between 1928 and 1933 alongside scenographer Oskar Schlemmer and painters Josef Albers and Wassily Kandinsky. Accused of Bolshevism in 1933 by the Nazis, Erhardt was forced to leave the Bauhaus. At that time he was working in painting, drawing and printmaking, but his exile precipitated a turn toward photography and film, whose fundamentals he taught himself. In 1934, after leaving Germany, Ehrhardt produced his first photographic reportage-a series of spare, enigmatic images taken on the windswept sand dunes of the Curonian Spit along the Lithuanian-Russian border. This gorgeously produced book presents his works from that time. Strongly influenced by his years of modernist training at the Bauhaus, Ehrhardt’s photographs focus on the clear geometric patterns abundant in this seaside wilderness. Maritime landscapes, shells, corals and crystals offered a plethora of subjects from which Ehrhardt could produce stark, stylized compositions.
ISBN: 2365110266
Publisher: Editions Xavier Barral
Hardcover : 112 pages
Language: French
Dimensions: 0 x 0 x 0 inches