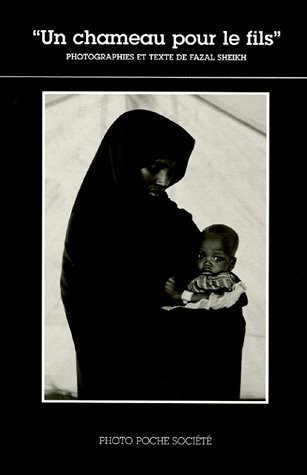 Un chameau pour le fils (French Edition)
by Fazal Sheikh
Publisher's Description
'In 1990, the first Somalis crossed the border into Kenya to escape the civil war that had begun in their homeland. Sixteen years later, the fighting in Somalia has claimed the lives of an estimated 350,000 Somalis and over a million live in exile. The number of Somali refugees in the three Kenyan camps of Ifo, Dagahaley, and Hagadera, around the town of Dadaab, is currently estimated to be over 120,000. Eighty percent of that number are women and children. It is to them that this work is directed.'
-Fazal Sheikh

This edition of a Camel for the Son is a French translation of the original.
ISBN: 2742758119
Publisher: CELF^(CENTRE D'EXPORTATION DU
Paperback Language: French