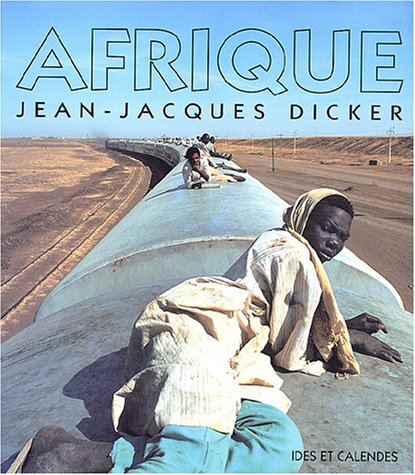 Afrique (French Edition)
by Jean-Jacques Dicker
Publisher's Description
Why does one travel? Undoubtedly, to find oneself a little transformed; to have crossed a border behind which an other awaits us, the indigenous one with strange manners, amazements in front of the freshness of the walls after nights of bumps and steps, lucky finds, attractions.... Jean-Jacques Dicker likes to traverse the world in this way and likes to see it through the lens of his camera.

As a child, he dreamed of the life of Gypsy travellers, wondering what was necessary for survival, how many doors it was necessary to knock on in each village and the cities. Older, wiser, he simply dreamed to travel in a more conventional way, journeying to the United States and Mexico before finally circumventing world. In 1968, he bought his first camera and began sharing his adventures. Africa - north and south - without needing to knock on every door; he arrives and remains there through three years and four long-distance trips across the continent, the two longest being those of 1977/78 and 1984. Presented here in Afrique are his attempts to capture four topics during that time: the rooms he takes as he travels; the friends he makes along the route and at the various stops along the way; landscapes and the daily newspapers; and finally women, the majority of them prostitutes.
ISBN: 2825801941
Publisher: IDES ET CALENDES
Hardcover Language: French