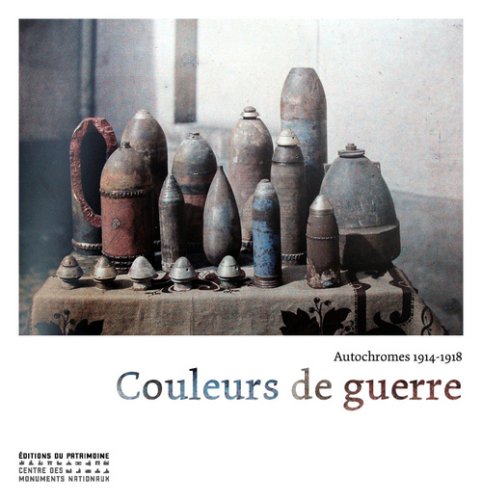 Couleurs de guerre (French Edition)
by HervÃ© Degand
Publisher's Description
A collection of vintage autochromes, collecting work from one German and three French photographers, Couleurs de Guerre (Colors of War), although certainly a poignant record of the destruction caused by the First World War, is perhaps most startling because despite the vibrant color of the photographs they appear so dated. Almost a full century after the outbreak of the war, these images would seem to have more in common with Matthew Brady's photographs of the American Civil War - and several of the photographs of soldiers at rest could easily come from 1864 Virginia - than with photographs of the conflict that raged across Europe only twenty years after the 'war to end all wars.' Horse drawn carriages and antiquated rifles are more evident here than the technology that characterized the Second World War, although photographs of a collection of dud German shells and French troops manning an archaic-looking machine gun chillingly portend the violence to come. Biographies of all four photographers are included, as well as an introductory essay by Alain Fleischer. All text is in French.
ISBN: 2858228795
Publisher: Patrimoine (Du) (Monum)
Paperback Language: French