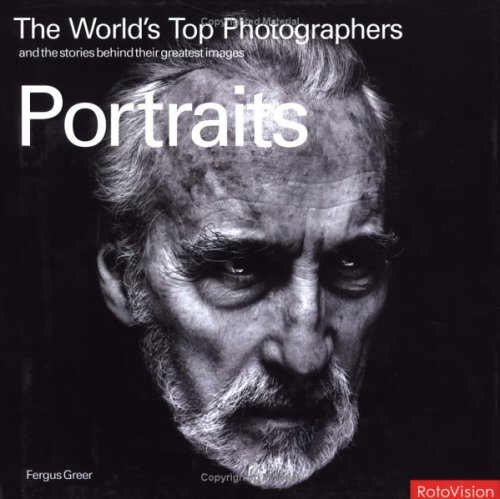 Portraits: The World's Top Photographers and the Stories Behind Their Greatest Images
by Fergus Greer
Publisher's Description
Stunning portraits by 40 of the world’s finest portrait photographers From instantly recognisable celebrities, models, actors, and politicians, to the so-called “ordinary” people, Portraits presents a stunning collection of photography. The book features the work of such eminent practitioners as Chris Buck, Patrick Lichfield, Lord Snowdon, David Bailey, Terry O'Neill, Yousef Karsh, Martin Parr and Rankin, alongside their personal anecdotes and professional tips and secrets. Portraits will appeal both to the professional and to the amateur photographer who wishes to learn from the best in the field, to celebrity buffs and glossy coffee table literature collectors, as well as to the many satisfied readers of the previous two titles in the series, Wildlife and Landscape. About The Author Fergus Greer is a well-established UK-born, LA-based photographer who has worked with photographers of the calibre of Terence Donovan and Richard Avedon. He has contributed to many magazines, including Vanity Fair, New Yorker, New York Times Magazine, GQ, and Esquire; has worked for top advertising agencies; has headlined various major photography shows, and has authored and contributed to various books.
ISBN: 2880467950
Publisher: Rotovision
Hardcover : 176 pages
Language: English