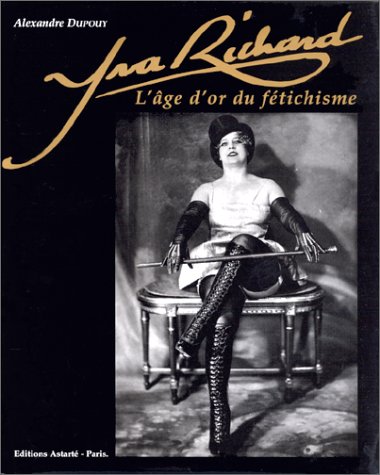 Yva Richard: L'âge d'or du fétichisme (French Edition)
by Alexandre Dupouy
Publisher's Description
In the 1920s and 30s, the name Yva Richard was commonly cited in the erotic fetish journals of the time. Known for images of corseted women, often with masks, whips, and various other accoutrements, the photographs of Yva Richard have become legendary. But they were not always quite so specific. Yva Richard began as a photographer of lingerie advertisements which appeared in various publications, and did not develop the fetishist bent until later. Noted historian Alexandre Dupouy tracks the fascinating history and development of the trademark style of Yva Richard. This book is limited to an edition of two thousand copies.
ISBN: 2909607038
Publisher: Photo Eye Books Prints
Hardcover : 127 pages
Language: French