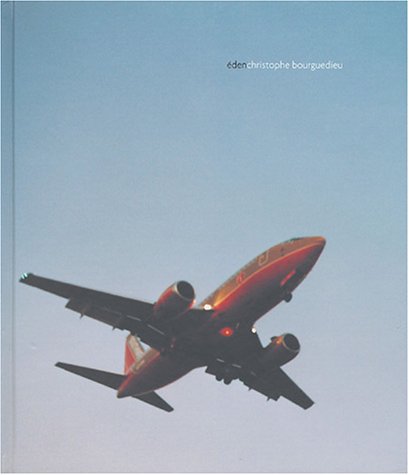 Eden
by Christophe Bourguedieu
Publisher's Description
'Funny of voyages. There are nothing tourist, exotic or of blazing in these images with the hot colors, animated by men and women who seem to us at the same time foreign and familiar, or by landscapes empty and objects, at the same time distant and close friends, order of the common memory. As if the author invited the witness to make his own voyage starting from the images exposed and published. On the circular walls of the water Tower of Toulouse, one discovers 'Tavastia' and 'Eden', two series which propel us, the first in Finland, the second, most recent, on the roads of Arizona and California, in the United States. Hold! America... One had a presentiment of although the visual and literary culture of Bourguedieu is on the other side of the Atlantic, not far from the cinema of Cassavetes or David Lynch, of the literature of Jim Harrison or Gift DeLillo, in an American photograph attentive as much with the wounds of the heart that environment - one thinks of Diane Arbus, Eggleston, Walker Evans.' World 20.11.04
ISBN: 2912132401
Publisher: Le Point du Jour
Hardcover Language: French