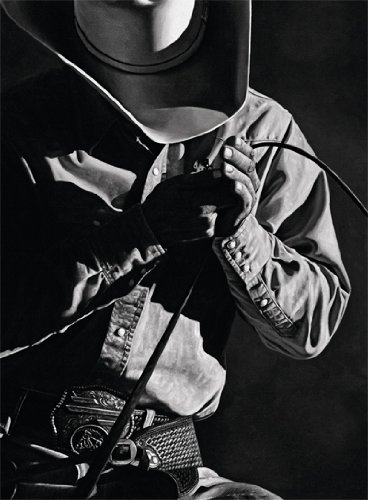 Hannes Schmid: Real Stories
by Ildegarda Scheidegger
Publisher's Description
Best known as the photographer for the 1990s “Marlboro Man” (as appropriated by Richard Prince), Hannes Schmid (born 1946) has been active for decades in various genres of photography-principally fashion, rock and documentary. Early on in his career, Schmid blurred the boundaries between commissioned projects and personal work, and by the 1970s, was focused simultaneously on documenting cannibal folk culture in Indonesia and making classic portraits of bands such as Kraftwerk, Queen, Blondie, Depeche Mode and AC/DC. The latter body of work, done between 1978 and 1984, effectively tells the story of rock music between these years; Schmid spent the best part of a decade on tour with over 250 bands. Soon after, he entered the worlds of fashion and advertising photography, producing his famous icon-the Marlboro cowboy-in 1993, a figure that reached mass audiences and later percolated up to the contemporary art scene thanks to its adoption by Richard Prince, in the artist’s later series of Marlboro appropriations. In addition to his photographic projects, Schmid’s work also comprises films and installation projects. Real Stories is published to coincide with a retrospective at Kunstmuseum Bern, and includes a large selection of Schmid’s photographic works-400 of which are reproduced in color-along with essays that contextualize his work and address his position as an artist working inside photography.
ISBN: 3037643102
Publisher: JRP|Ringier
Paperback : 480 pages
Language: English
Dimensions: 7.8 x 10.2 x 1.7 inches