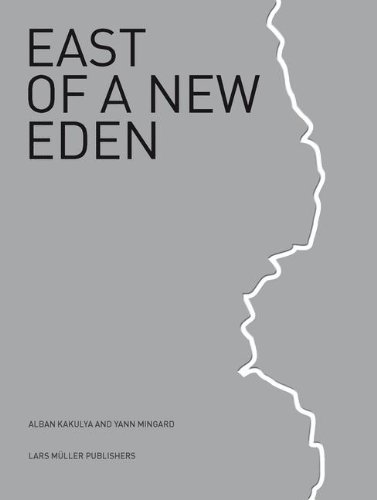 East of a New Eden
by Yann Mingard
Publisher's Description
Europea (TM)s new eastern borders stretch from the Baltic Sea to the Black Sea a ' 1,600 heavily guarded kilometers between former 'fraternal countries.' The photographers Yann Mingard and Alban Kakulya spent one and a half months on the road; one of them traveled down from the North and the other up from the South in an effort to document the places and landscapes that mark the end of the Western world. On their journey, they photographed the landscape as well as the border posts with their soldiers and their refugees seized at the frontier, and documented a reality defined in far-away Strasbourg, Brussels, and elsewhere. Explanatory maps and satellite images are juxtaposed with the striking photographs. Articles by political scientists, security experts, sociologists, human rights specialists, and philosophers, as well as literary texts round out this photographic survey of the EUa (TM)s Eastern European external borders.
ISBN: 3037781769
Publisher: Lars Müller Publishers
Hardcover : 320 pages
Language: English
Dimensions: 9.3 x 13.4 x 1 inches