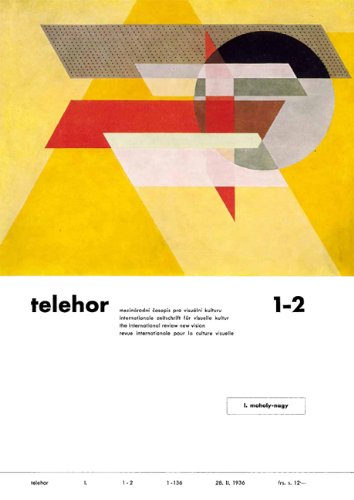 Telehor: Internatioal Zeitschrift für visuelle Kultur
by Klemens Gruber
Publisher's Description
In 1936 the first and only issue of the magazine telehor (Greek for tele-vision) was released in four languages, as a special edition on and by László Moholy-Nagy. To celebrate its 75-year anniversary a facsimile reprint of the magazine will be produced, accompanied by a commentary volume.

The reprint makes the magazine accessible again in terms of its artistic and theoretical-historical dimensions. Particular attention has been paid to the production process. Thus the volume appears spiral-bound, an ultramodern technique in the mid-1930s. The commentary contains an editorial statement that places the magazine, telehor, in the context of the art and media of the 1920s and 1930s and unlocks the position of the artistic avant-garde at the intersection of two epochs.
ISBN: 3037782536
Publisher: Lars Muller Publishers
Paperback : 138 pages
Language: French
Dimensions: 0 x 0 x 0 inches