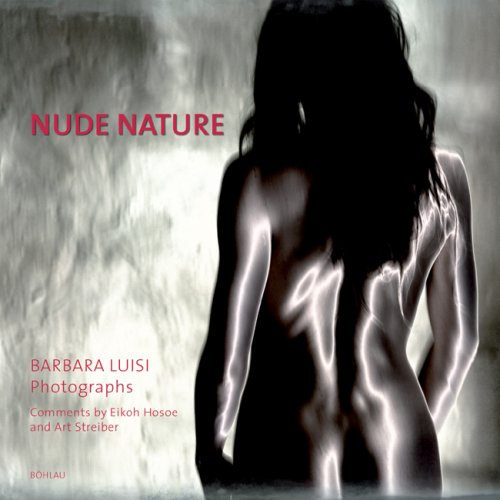 Nude nature
by Barbara Luisi
Publisher's Description
This project was realized in May 2007 in the south of Italy, near Matera (Mel Gibson shot his movie 'The Passion of Christ' there). The heat, sky, water and nature, rocks like in the desert served as ideal surroundings for my nudes project. As I did not know what would come of this idea, I myself was surprised that the technique of imitating digitally alternative processes and solarisation, which I had already used before for some experimental projects with flowers, gave the pictures an interesting look.

My project was influenced by the wonderful work of Eikoh Hosoe (whom I met) and of course by the 20th century experimental master (and painter) Man Ray. My love of painting is the reason behind my way of seeing subjects - or objects, as they are both the same in nature. I was curious whether I would have a completely different view of the female body as compared to my male photographer friends. And, when I was working on the prints, I found that (maybe in a European way of seeing things) I had discovered ancient figures, such as gothic Madonnas, symbols of maternity, baroque forms the female body seemed to show (even my beloved violin) ... Of course this is just what I see ...
ISBN: 3205777093
Publisher: Boehlau Verlag
Hardcover Language: English