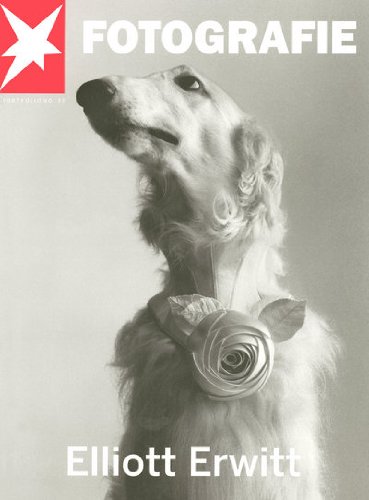 Elliott Erwitt (Fotografie)
by Elliot Erwitt
Publisher's Description
Born of Russian parents in Paris in 1928, the renowned photographer Elliot Erwitt arrived in the U.S. in the late 1930’s and studied Photography in Los Angeles. He won recognition for his work in the 1940’s and 1950’s with the publication of photographs in Life Magazine and Collier’s and in 1953, joined the prestigious Magnum photographic agency. The range of his subjects reflected his enormous talents—from the everyday reality of the post-war years to the glamour of Hollywood stars such as Humphrey Bogart and Marilyn Monroe to portraits of political leaders such as Nikita Kruschev. Erwitt later became a highly successful advertising photographer. In the 70’s Erwitt refined his sense of irony, and in addition to comedy and film work, shot his landmark series of photographs of people and their dogs, memorably documenting the unique world shared by canine and human. Elliott Erwitt currently lives in New York City.
ISBN: 3570195473
Publisher: Stern
Paperback : 96 pages
Language: German
Dimensions: 10.3 x 14 x 0.4 inches