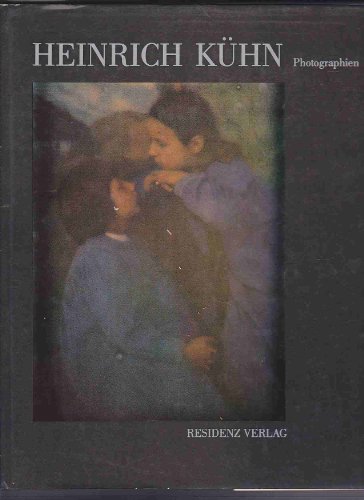 Heinrich Kuhn: Photographien (German Edition)
by Heinrich Kuhn
Publisher's Description
One of the greatest innovators of European photography, Heinrich Kühn was a Pictorialist who worked closely with the Photo-Secessionists of the United States and England. He began photographing in the 1890s with his German contemporaries, and later, with Stieglitz, Eugene, and Steichen. It was this latter group who began experiments with the Autochrome color process, which Kühn used extensively throughout the rest of his career. This book is one of the most beautifully printed collections of his work available--faithfully reproducing the original tones of both the black-and-white and color images.
ISBN: 3701705283
Publisher: Residenz
Hardcover : 189 pages
Language: German