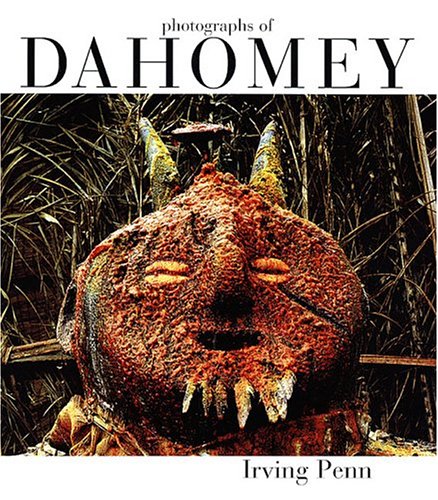 Irving Penn: Photographs Of Dahomey 1967
by Irving Penn
Publisher's Description
Irving Penn is one of the most noteworthy photographers of the 20th century, best known for his inimitable fashion and portrait photographs, as well as his unique still lifes. In 1967, Penn traveled on assignment from the American fashion journal Vogue to Dahomey in western Africa, now the Republic of Benin. His portraits of natives taken in a portable studio built especially for the occasion reflect Penn’s fascination with foreign cultures, as do his photographs of culturally significant clay figures dedicated primarily to the voodoo god Legba. Thirty-five years after their publication in Vogue, Irving Penn presents these portraits of tribal people and his photographs of Legba altars in book form for the first time. With texts by leading anthropologists and Irving Penn himself, this volume is an extraordinary photographic document of African culture, from a master recorder of our time.
ISBN: 3775714499
Publisher: Hatje Cantz Publishers
Hardcover : 80 pages
Language: English