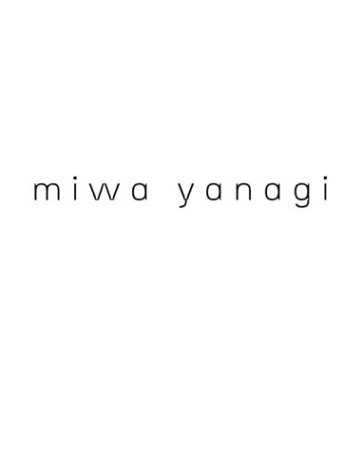 Miwa Yanagi
by Hans Ulrich Obrist
Publisher's Description
The Japanese artist Miwa Yanagi achieved her breakthrough into the international art world with the photo series Elevator Girls, which intermingled the twin themes of consumer culture and the role of women. Originally begun as a performance project, Elevator Girls depicts groups of women in identical uniform enclosed in regimented consumer spaces. The Girls, modeled on the young women who operate elevators in Japanese department stores, stand in as a symbol of the repressive strictures governing the behavior of young women in contemporary Japanese society. Yanagi's latest series, My Grandmothers, is a penetrating and fantastic analysis of the future dreams of young women. Using makeup and computer manipulation, she shows her protagonists as they imagine they will look and live in 50 years. Accompanied by brief, suggestive texts based on conversations with her subjects, these personal visions of life in the year 2050 run the gamut from a purple-haired grandma riding shotgun on her young stud's motorcycle to a lonely elegant woman eating alone on a train. This first monograph on Miwa Yanagi includes work ranging from 1994 to three new images produced in early 2004.
ISBN: 3775714502
Publisher: Hatje Cantz Publishers
Hardcover : 121 pages
Language: English