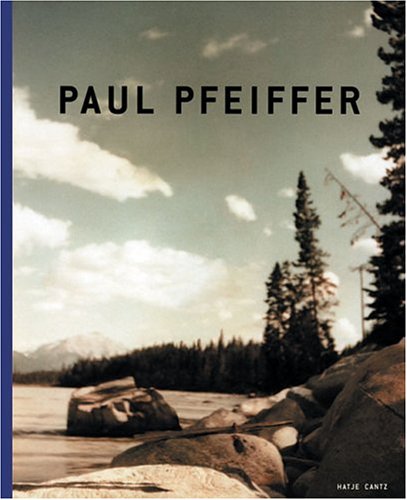 Paul Pfeiffer
by Stefano Basilico
Publisher's Description
Born in Honolulu, Hawaii in 1966, Paul Pfeiffer is considered one of the shooting stars of 20th century art. He has attracted widespread attention with his digitally processed photographs and videos in which he dissects, fragments, and eradicates familiar images of 'global icons,' thus raising questions about their identities, their origins, and approaches to the reconstruction of such idols in a world dominated by mass media. In his 24 Landscapes(2000), for example, he eliminates the figure of Marilyn Monroe from famous George Barris film stills, thereby diverting the viewer’s gaze to the romantic landscape scenes in the background. Beginning with Pfeiffer’s Self-Portrait as a Fountain (2000), this book presents readers with a selection of the artist’s videos, sculptures, and photographs realized within the past three years.
ISBN: 3775715452
Publisher: Hatje Cantz Publishers
Hardcover : 80 pages
Language: English