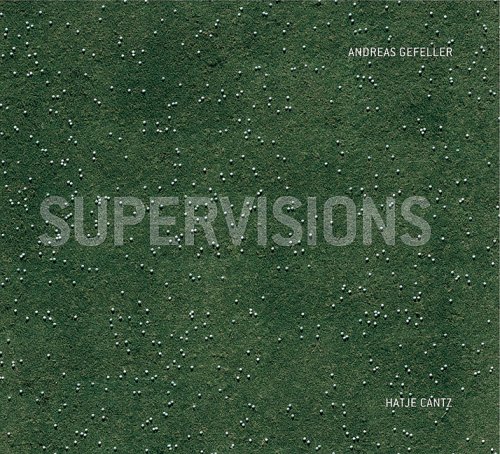 Andreas Gefeller: Supervisions
by Stephan Berg
Publisher's Description
Photographer Andreas Gefeller sees the world through a strange lens, offering the viewer pictures that at first glance seem composed of abstract, color-saturated elements and only later resolve into something completely familiar-chairs on a beach, lines on pavement, grass on an urban plaza-but yet not. In Soma, the series that first brought him to attention, Gefeller documented major tourist centers using extremely long night exposures, thereby producing effects that underscore the artificiality of the locales. Bereft of people and sunlight, of any life at all really, the depicted beachfront hotels and pools take on a strangely threatening character. In Supervisions, his most recent series, Gefeller employs a complicated photographic technique to scan the surfaces of urban spaces, creating extraordinary images more akin to hard-edge abstract paintings than landscape photography. Composites of hundreds of individual shots, these puzzling, striking works appear as bird’s eye views or observations shot from fantasy angles. A testament to Gefeller’s interest in the twilight zone that becomes ever denser between reality and fiction, Supervisions reveals itself to the viewer in stages, offering up elements that appear first as abstractions, then as familiar elements of our environment, and finally as impossible visions of the world that surrounds us.
ISBN: 3775715924
Publisher: Hatje Cantz Publishers
Hardcover : 144 pages
Language: English
Dimensions: 11.8 x 10.1 x 0.7 inches