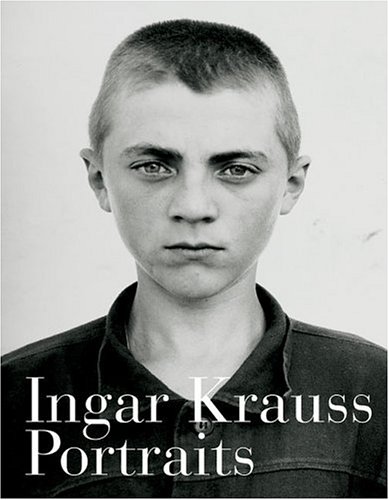 Ingar Krauss: Portraits
by Vince Aletti
Publisher's Description
Without exception, Ingar Krauss’s photographs, moving formal portraits in faded gray and sepia tones, are all of children and teenagers. The subjects look serious, proud, unapproachable, remote and sometimes defiant—both essentially childlike and more mature than they ought to be. The photographer finds his models at home and on his travels to typical childhood institutions of former Eastern Bloc countries: summer camps, Socialist clubhouses for Young Pioneers, and orphanages. Conditions there explain some of the work’s timelessly melancholy tone, which the artist fortifies by printing on old photographic paper produced in Eastern Europe. Krauss, born in 1965 in Berlin, had his solo debut in Germany in 2002 and has since shown in New York each of the last three years. This beautifully printed book is his first.
ISBN: 3775716785
Publisher: Hatje Cantz Publishers
Hardcover : 102 pages
Language: English