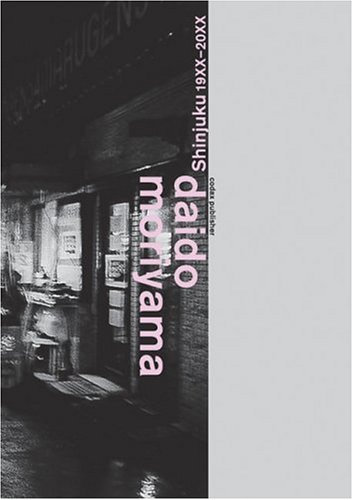 Daido Moriyama: Shinjuku 19XX-20XX
by Zdenek Felix
Publisher's Description
Daido Moriyama, who was born near Osaka in 1938, is one of the most influential representatives of contemporary Japanese photography. His unmistakable style, influenced by the work of Weegee, William Klein and Andy Warhol, has been evolving since the 1970s. His images, often made with a small, handheld camera, draw viewers in with their diffuse, suggestive layers of gray. Moriyama is aptly characterized as a “hunter of light,” and his preference for the atmospheric and enigmatic leads to beautiful abstractions of the Japanese urban landscapes. Shinjuku 19XX-20XX features previously unpublished photographs taken in the Tokyo district of Shinjuku, whose labyrinthine streets and dark eddies have always drawn Moriyama in. He says of the district, “Even though it wasn’t a town that I liked because I wanted to like it, or became obsessed with because I wanted to be obsessed with it, the town of Shinjuku has a strange narcotic effect, and there is something about it that traps me and puts me under a spell.”
ISBN: 3775717293
Publisher: Hatje Cantz Publishers
Paperback : 128 pages
Language: English
Dimensions: 9.4 x 13.2 x 0.3 inches