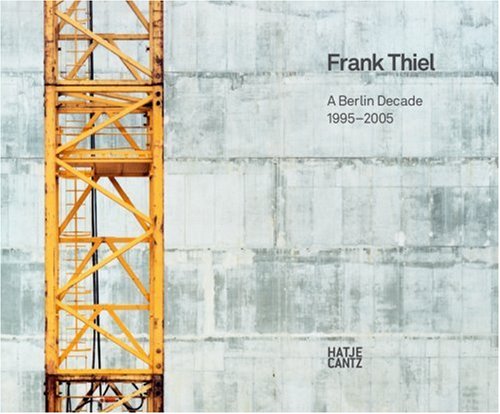 Frank Thiel: A Berlin Decade 1995-2005
by Frank Thiel
Publisher's Description
Frank Thiel's photographs are unique reflections upon the urban landscape of Berlin, that twentieth-century patchwork of architecture and intellect. Thiel, born in 1966 in Kleinmachnow, near Berlin, describes a type of architecture in transition, the formation of a new political space within urban structures, but his real subject matter is the incomplete: he prefers the process of construction over the end result, and persistently pursues the aesthetics of temporality and change. Thiel's photographs seem to refer to a larger narrative context, yet they also explore the relationship of photography to painting and sculpture. Thiel's special ability to inscribe the dialectic relationship between ideology and aesthetics in his photographs also prevents any appearance of sentimentality. This extensive monograph is the first to feature all of Thiel's important photographic series on this theme.
ISBN: 3775718648
Publisher: Hatje Cantz
Hardcover : 260 pages
Language: English