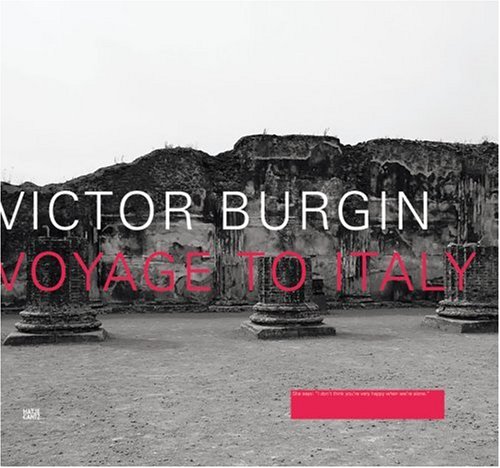 Victor Burgin: Voyage to Italy
by Hubertus von Amelunxen
Publisher's Description
Over the past 30 years, Victor Burgin (born in 1941) has become both a highly influential artist and a renowned theorist of the still and moving image, with work in the collections of The Museum of Modern Art, New York and the Tate Modern in London. Burgin rose to prominence in the late 1960s as an originator of Conceptual art. In the 1970s he worked in large framed photographic sequences, in which printed texts were either juxtaposed with or superimposed on the images. In the 1990s he turned towards digital video. The historian and critic Stephen Bann has written that Burgin's 'exploitation of new technologies is itself fairly uninteresting compared with the remarkable consistency of the underlying themes and propositions of his work,' among them narrative, memory and fantasy. These duotones refute all that uninteresting technology to offer Burgin's reflections on Pompeii, gleaned through his research of nineteenth-century photographs.
ISBN: 3775718869
Publisher: Hatje Cantz
Hardcover : 104 pages
Language: English