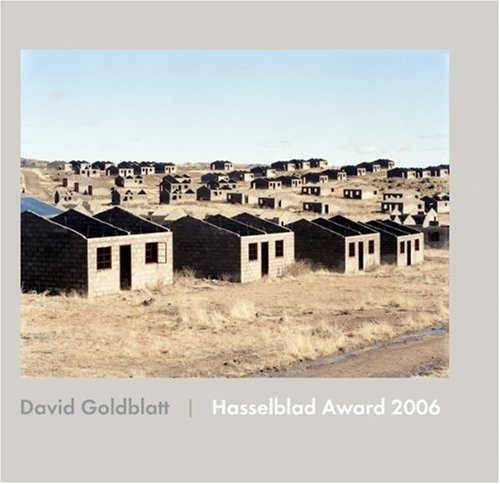 David Goldblatt: Photographs: Hasselblad Award 2006
by David Goldblatt
Publisher's Description
When David Goldblatt received the world-renowned Hasselblad Award in 2006, he had been making photographs of the South African landscape and culture for more than 50 years. Born in 1930 in a gold-mining town near Johannesburg, his parents were Jewish refugees from Lithuania, and they raised him with an emphasis on tolerance and antiracism. In 1975, at the height of apartheid, Goldblatt explored white nationalist culture in Some Afrikaners Photographed, and in the 80s he observed workers on the Kwandebele-Pretoria bus, many of whom traveled eight hours every day to work and back. His late-90s solo show at New York's Museum of Modern Art focused on architectural work, and showed off Goldblatt's uncanny ability to discover a society through its buildings and landscapes. His photographs of architectural structures revealed the ways that ideology had defined his home country's landscape.
ISBN: 3775719172
Publisher: Hatje Cantz
Hardcover : 84 pages
Language: English
Dimensions: 12.2 x 10.8 x 0 inches