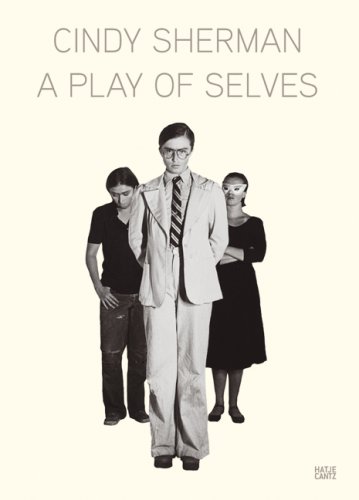 Cindy Sherman: A Play of Selves
by Cindy Sherman
Publisher's Description
It was in the mid-70s that Cindy Sherman began making her earliest works, in which she explored various manipulations of her own persona. She began by experimenting with makeup and costumes, getting dressed up for parties and surprising her friends. She then moved on to photograph herself in the various personas she had created, producing highly inventive but somewhat more primitive versions of the seminal work for which she would later become known, the Untitled Film Stills series. It was during this early period that Sherman created A Play of Selves-a visual tale of a young woman overwhelmed by various alter-egos that compete inside of her, and her final conquering of self-doubt. Acted out with 16 separate characters, these 72 photographic assemblages mark Sherman's earliest explorations of herself-as-subject in a series of staged photographs. Published here for the first time, these photographs include hundreds of shots of the artist costumed as various characters in dozens of poses. Organized in a four-act 'play' with an elaborate, handwritten script, the individual images were cut by the artist from original black-and-white prints.
ISBN: 3775719423
Publisher: Hatje Cantz
Hardcover : 128 pages
Language: English
Dimensions: 6.9 x 9.1 x 0.7 inches