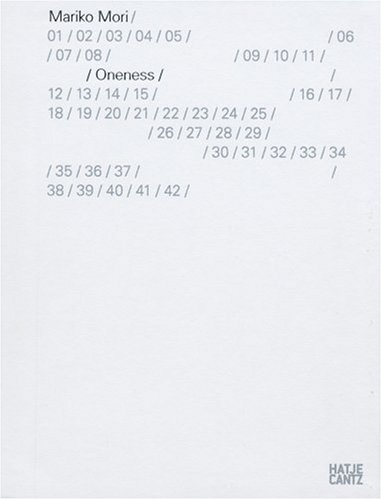 Mariko Mori : Oneness
by Mariko Mori
Publisher's Description
One of the best-known Japanese artists of the international scene, Mariko Mori, born in 1967 in Tokyo, envisions fantastical worlds and beings in spectacular photographs and videos-frequently casting herself amid these scenarios as a Björk-esque avatar in biomorphic and technological symbiosis. Mori studied fashion design in Tokyo, worked briefly as a model and later studied fine art in England, and this early education is visible in her elaborately produced photographs, videos and sculpture that are as reminiscent of Hollywood as they are of contemporary art. Her recent work involves exotic landscapes, computer-generated images and choreographed performances for which the artist designs her own costumes and plays the central characters.

This extraordinary and substantial publication offers a retrospective of Mori's entire oeuvre, and is the first to present the complete Beginning of the End: Past, Present, Future, a photographic cycle produced over a period of 11 years, in which Mori presents herself as a time traveler in a plexiglass capsule at significant symbolic locations, from Giza to New York to Shanghai.
ISBN: 3775719679
Publisher: Hatje Cantz
Hardcover : 352 pages
Language: English