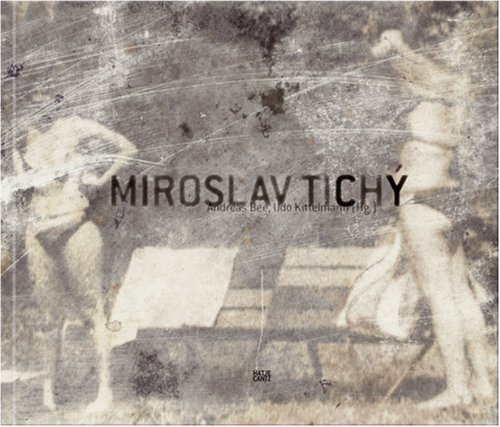 Miroslav Tichy
by Andreas Bee
Publisher's Description
The publisher has cancelled this project.

Miroslav Tichy was born in 1926 in what is now the Czech Republic, and studied at the Academy of Art in Prague. After the communist takeover, he is widely reported to have spent as many as eight years in detention camps and mental hospitals. In the late 1950s, he began to make photographs with cameras he designed himself, salvaging their lenses from eyeglasses and making their bodies from tin cans, toilet-paper rolls and cigarette boxes. He chose his subjects from the streets and from public and private spaces of his small town, where he is not a favorite with the ladies-some have reported his peeping-tom-like activity to the police. The resulting images, grainy and often overexposed, cropped and developed at home, framed on card stock, decorated in pencil, and then left to deteriorate around Tichy's house, are haunting. In the 1990s, Tichy stopped making new work, but in the midst of his eighth decade, the art scene came crashing into Tichy's life with the 2005 Discovery prize from Rencontres D'Arles, followed shortly by his first solo show, at the Kunsthaus Zurich. Of his thousands of images, only a few hundred have since been seen. This catalogue features 80 photographs from the collection of the Museum of Modern Art (MMK), Frankfurt.
ISBN: 3775720154
Publisher: Hatje Cantz
Hardcover : 144 pages
Language: English