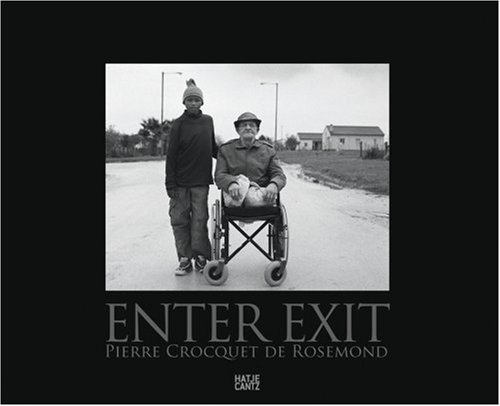 Pierre Crocquet de Rosemond: Enter Exit
by Pierre Crocquet de Rosemond
Publisher's Description
South Africa has seen dramatic recent changes in its history, so that in today's post-apartheid society, where division is still evident but now set primarily along economic lines, it is a country with which both Third and First Worlds can identify. In Enter Exit Pierre Crocquet de Rosemond, born in 1971 in Cape Town, has recorded the daily life of a rural community in his native South Africa. His black-and-white images are largely portraits of individuals, both single and grouped, but always posed and portrayed existentially rather than culturally, so that their common qualities are emphasized over and above their differences. These individuals are mostly photographed facing the camera in direct dialogue, although some images depict people otherwise engaged in various labors; occasionally a flash of humor will jolt the sobriety of the scene. Enter Exit is Crocquet’s tender tribute to South African character.
ISBN: 3775720847
Publisher: Hatje Cantz
Hardcover : 120 pages
Language: English
Dimensions: 9.4 x 11.8 x 0.6 inches