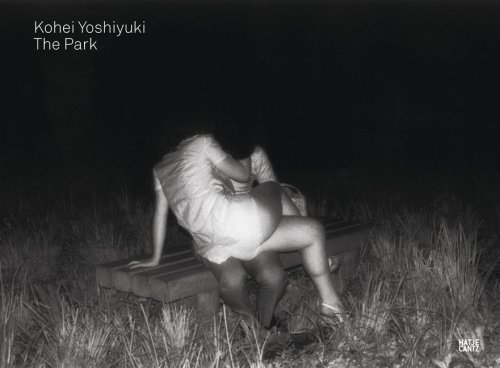 The Park
by Yossi Milo
Publisher's Description
'I am fascinated by this topic.” (Nobuyoshi Araki)

Captured in three Tokyo parks in the early 1970s, Kohei Yoshiyuki’s The Park series features some of the most intriguing photographic works of art ever. Shot at night using flash and infrared film, the photographs show hetero- and homosexuals gathering for furtive sexual encounters in the Shinjuku, Yoyogi, and Aoyama parks. These amorous scenes, however, are unpleasantly crowded; even before Yoshiyuki (*1946) approached them with his camera, the couples had become objects of desire for voyeurs. “It’s not the sex in Yoshiyuki’s photographs that is shocking, but rather, it is the reckless, pent-up fascination of the voyeurs—men so possessed that, for the moment, nothing else exists or matters—and the sense that we’ve all been there,” writes Vince Aletti.

The sixty photographs, which generated a great deal of interest when first published in an austere Japanese edition in 1980, are presented here in duotone quality with an interview with the artist conducted by Nobuyoshi Araki.
ISBN: 3775720855
Publisher: Hatje Cantz/Yossi Milo
Hardcover : 128 pages
Language: English
Dimensions: 11.9 x 8.8 x 0.7 inches