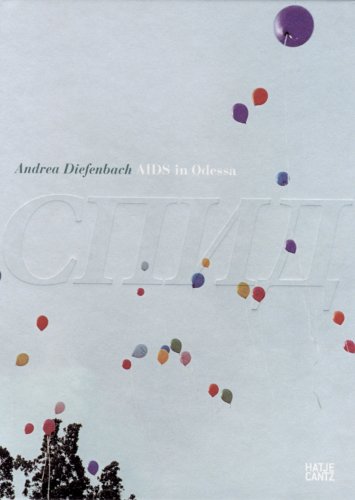 Andrea Diefenbach: AIDS in Odessa
by Andrea Diefenbach
Publisher's Description
In the spring of 2006, the German photographer Andrea Diefenbach (born in 1974) spent time with several HIV-positive Ukranian women and men as they went about their daily routines in the harbor city of Odessa, documenting an AIDS epidemic that has been too little covered in the international news media. The Ukraine has been among those countries most severely affected by the collapse of the Soviet Union, and one consequence of this collapse has been an epic spread of HIV infection: the World Health Organization estimates that 160 thousand people in Odessa are HIV positive, and recently the Ukraine set an unhappy record for the highest rate of new infections in Europe. Alerted to this crisis by an article in Die Zeit, Diefenbach set out to record its effects and raise awareness of the Ukraine’s plight for a larger public.
ISBN: 3775721584
Publisher: Hatje Cantz
Hardcover : 160 pages
Language: English
Dimensions: 6.8 x 8.7 x 0.8 inches