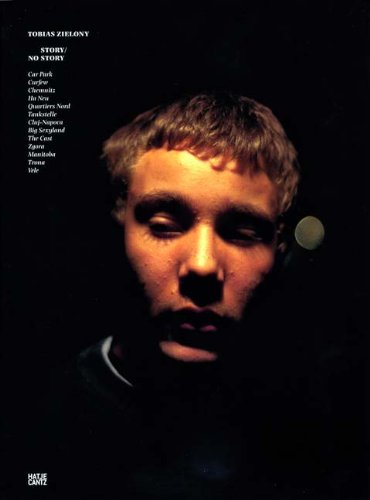 Tobias Zielony: Story, No Story
by Maik Schluter
Publisher's Description
Tobias Zielony (*1973 in Wuppertal) is one of the most remarkable young photographers active today. His work focuses on the issues of open and latent violence and explores the various forms of present-day (youth) revolts. Zielony is less interested in documenting the conditions under which young people live than in their self-portrayal. It is “this completely parenthetical form of social behavior” that is impressively presented in his work.

This book provides an overview of the works Zielony produced between 2000 and 2008: pictures taken in Knowle West in Bristol, of public housing in Halle-Neustadt, of the Quartiers Nord in Marseille, and in South Los Angeles. In his most recent work—photos taken in Winnipeg, Canada—Zielony portrays street and prison gangs with Native American roots, such as the Indian Posse and the Native Syndicate. The artist has also filmed an in-depth documentary about a former gang leader in Stony Mountain Penitentiary, where many prisoners were active in Native American movements.