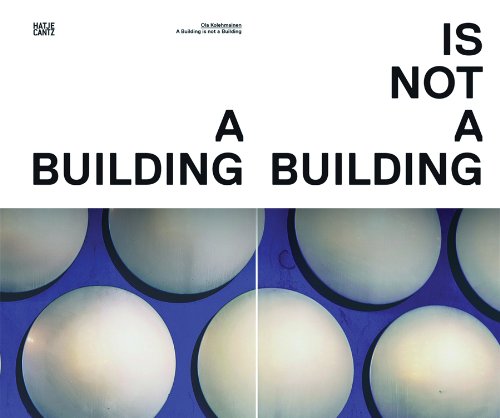 Ola Kolehmainen: A Building Is Not a Building
by David Elliott
Publisher's Description
Ola Kolehmainen’s photographs are extraordinarily minimal and almost exclusively depict sections of building façades. They are organized according to strict principles of order, showing rows of repetitive basic patterns or symmetrical constructs. The Minimalist austerity of these images is occasionally broken by elements that circumvent this formalism: trees or houses mirrored in the façades. Kolehmainen’s works are produced using the Diasec process, which means that the environment is reflected in the surface of the photos as well as in the images themselves—a calculated component of his work.

This volume presents many new, previously unpublished photographs, including two monumental five- and eight-part works by the artist. Ola Kohlemainen (*1964 inHelsinki) is a noted member of the Helsinki School, and he primarily regards his works not as photographs of specific objects, but as objets d’art.
ISBN: 3775723668
Publisher: Hatje Cantz
Hardcover : 132 pages
Language: English
Dimensions: 0 x 0 x 0 inches