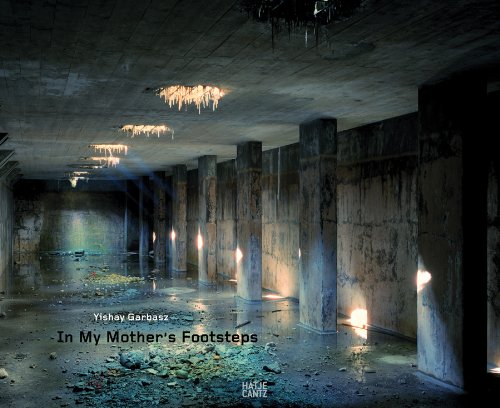 Yishay Garbasz: In My Mother's Footsteps
by Yishay Garbasz
Publisher's Description
My mother lost parts of her soul in those places and I had to go back to collect them... As I am a photographer, the camera was going to be my tool to help me see.«Yishay Garbasz

British-Israeli photographer Yishay Garbasz uses a bulky large-format camera “to force herself to slow down.” Her project In My Mother’s Footsteps is an exploration of the inheritance of memory as well as a healing process. Garbasz’s mother was born in Berlin in 1929 and fled from the Nazis with her family to Holland in 1933. In 1942, at the age of fourteen, she was incarcerated and deported to Westerbork, then to Theresienstadt. Via Auschwitz-Birkenau, she arrived in Christianstadt and was sent in April 1945 on one of the infamous death marches to the Bergen-Belsen concentration camp, where she was liberated by British forces.

In the making of this project, Garbasz traced her mother’s path for a year, often on foot, over long distances. The large camera forced her to spend time at each location, letting the image come to her, opening herself and the lens to what was there, admitting her own vulnerability.

The photographer was able to present the series to her mother, who died just a short while after its completion.
ISBN: 3775723986
Publisher: Hatje Cantz
Hardcover : 140 pages
Language: English
Dimensions: 11 x 13.4 x 0.7 inches