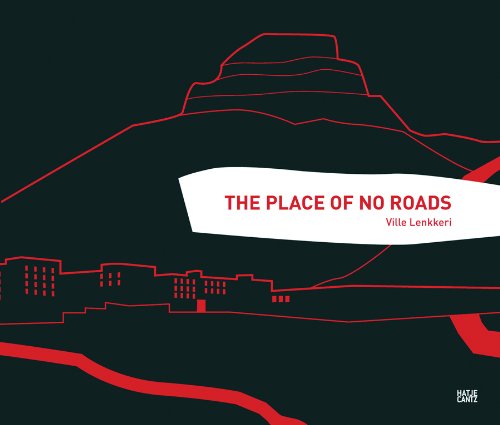 Ville Lenkkeri: The Place of No Roads
by Ville Lenkkeri
Publisher's Description
Ville Lenkkeri (*1972 in Oulu, Finland) is one of the graduates of the famous Helsinki School, whose brilliant works have drawn worldwide attention to Finland’s contemporary photography scene. Hatje Cantz published Lenkkeri’s debut book, Reality in the Making, in 2006, and the reception was enthusiastic: “If the strength of Finnish photography is in gathering together irony, skillful craftsmanship, humor, and reflection on media, then it has found one of its most talented representatives in Ville Lenkkeri,” wrote PHOTO International.

For his new book, Lenkkeri made several visits to two Russian towns on Spitzbergen. To him, a now-deserted mining settlement appeared “not as a depressing . . . scar on the Arctic landscape, but as a formerly just and happy commonwealth . . . where competitive hierarchies had been abolished in favor of equality.” The journey became a “personal quest for alternative ways of living,” the place itself “a utopia in many respects, not least for having failed to exist” (Ville Lenkkeri).
ISBN: 3775723994
Publisher: Hatje Cantz
Hardcover : 144 pages
Language: English
Dimensions: 0 x 0 x 0 inches